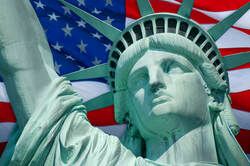 ​
We support candidates that reflect our Chamber’s fervently held belief that a viable, healthy community requires a healthy and vibrant business community.

​​​​The candidates we endorse understand the importance of advancing legislation, ordinances and policies,  that encourages economic growth, job creation and a less intrusive  government. We are focused on electing or re-electing pro-business candidates that promote policy that positively affects businesses and the economy.
A  VIABLE, HEALTHY  COMMUNITY  REQUIRES  A  HEALTHY  AND  VIBRANT  BUSINESS  COMMUNITY

​
The Process of Holding Officials Accountable
​The board of directors adopted a candidate endorsement  policy  because leadership matters in both the public sector and the private sector, and we need strong leadership. Secondly, we need to hold elected officials accountable based on their voting records.

​Endorsement Principles:
​​​The Typical Process  ​
Endorsements of Incumbents
The Chamber has an expedited process for endorsing incumbents based on their VOTE SCORE and LEADERSHIP SCORE


​Endorsements: Not All Chambers Are the Same

Not All Chambers Are The Same
Chambers of commerce started as associations of business owners who promoted and protected the interests of  the business community.  Starting in the 1950's  many chambers morphed into civic/social organizations that also focused on parades, parties, and pageants.  During the 1960's many chambers included networking events, also known as mixers (networking events with adult beverages).   Beginning in the late  1990's many chambers began shifting back to their original purpose of representing the interests of the business community.  Today chambers  fall on a wide spectrum of businesses models, from those that are special event driven,  to  some of the most powerful business lobbying organizations in the country.

​ ​Why Don't More Chambers Endorse Candidates: Government Funding
According to surveys conducted by the US Chamber of Commerce,  chambers are 400%  less likely to make political endorsements or engage in public policy if they have government representatives  on their governance boards, or have  large contracts  with local, county, state or federal governments.
​
​Chris Herring, the Chamber's Government Relations Chair, for the Surprise Regional Chamber of Commerce  stated, "this not surprising; it is hard to be a watchdog and hold elected officials accountable if your  organization is highly dependent on government funding or have  government representatives sitting on your board influencing your policies ."  According to a  WACE industry survey, there are six chambers in the Phoenix metro area that now endorse political candidates, stated Mr. Herring.
​
​Duality of Interests on Governing Boards:  Protecting Private Sector Interests
A chamber of commerce is an organization of businesses seeking to further their collective interests while advancing their community.  Officers and directors of non-profit organizations have specific fiduciary duties to the organizations they serve on. With this duty comes a primary responsibility of loyalty and  allegiance. Boards of directors must make great efforts  avoid any real or perceived biased decision making when it comes to representing  the interests of the business community.  As a consequence, government representatives (elected officials and  staff)  may not serve in any official capacity as an officer, director, employee, or policy-making committee member of the Chamber.  Nothing in our policy prohibits the Chamber from maintaining healthy dialogue with government representatives, especially when our goals and objectives align.

Your voice is essential to protecting our free enterprise system! As a business advocate we need you to emphasize  our core principles of the free enterprise, and remind elected officials that removing obstacles to job creation and economic growth is paramount.

One of the most valuable, and often overlooked functions of a chamber is being an advocate for the business community.

​ The Chamber works to represent the collective voice of the business community. Whether it's setting legislative goals, working with our lobbyist, sending out Action Alerts or keeping voters informed through our forums, the goal is ensuring an environment where business can prosper.
Surprise Regional Chamber