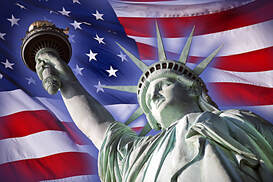 Arizona State lawmakers are 79 days into the 55th Legislature. So far, 179 bills have made it to Governor Ducey’s desk—152 of which have been signed into law. In a standard year, there are between 350 and 400 bills that are signed into law. However, due to COVID-19 and the premature adjournment of last year’s legislative session, it’s possible this year’s count will exceed 400 new laws. Many of the 1,708 introduced bills are repeats from last year’s session; because these bills had already partially made it through the legislative process, it’s likely a higher percentage of them will make it to the Governor. The last week for the Senate and the House to hear the bills in committees was last week, with the exception of bills assigned to Appropriations, which is hearing bills this week. Any bills that did not pass out of the committees to which they were assigned are no longer viable.

There was great news this week as Senate Bill 1377 (Civil Liability; Public Health Pandemic) passed out of the House on March 29th with a vote of 31 to 29 along party lines. It now returns to the Senate for a final vote on a House amendment before it is transmitted to the Governor for signing. SB1377 has been a top priority of the West Valley Chamber of Commerce Alliance! This is great news for the Arizona business community as the bill will protect businesses and numerous other entities, such as schools, religious organization, healthcare providers and others from unjust COVID-19 related civil litigation. Passage of this bill allows for much needed protections during Arizona’s reopening process.

State budget negotiations are taking place, but at a somewhat glacial pace. The most pertinent block to the discussion is confusion regarding how the $7.481 billion of federal money granted to Arizona for COVID-19 relief under the American Rescue Plan Act (“ARPA”) can be allocated. Arizona Attorney General Mark Brnovich filed a suit asking for clarification of how the state may utilize the funds as the Act prohibits states from using the funds to supplant their budget expenditures or to reduce taxes. Until this issue is resolved, budget discussions will continue to move at their current pace, especially given the Governor and Legislature’s desire to reduce taxes.

In terms of proposals to cut taxes, the Governor’s approach is aimed at reducing personal and business income taxes by $1.2 billion over a three year period. The $7.481 billion granted to the State of Arizona pursuant to ARPA adds to the standing cash surplus of $1.174 billion in the state’s Rainy Day Fund. The Legislature is discussing a flat income tax with a slight increase in sales taxes along with other efforts to reduce personal income tax rates and commercial property taxes. The state is hoping for direction from the federal government in the next few weeks and can then resume work on the budget.

​Finally, President Fann’s SB 1411 to increase the unemployment insurance benefit rate continues to progress through the legislative process. As described in the March Legislative Update, it passed the Appropriations Committee and is waiting for a hearing in the Rules Committee. As you will recall, it raises the unemployment benefit cap from $240 a week to $320 a week. However, the cap would only extend for 20 weeks instead of the current 26 weeks during periods when the unemployment insurance fund is running at a very low level due to a high volume of claims. Over the adjusted 20 week period, President Fann’s proposal would total $6,400. SB1411 passed Senate rules on 2/24. It also increase the cost for employers from $7,000 to $8,000 in the first and second year. President Fann’s bill also includes increased security requirements to decrease the potential for fraud. One of those measures is real time reporting of the amounts that are disbursed daily. Representative Cook also has a bill on the same topic, HB 2805, unemployment insurance; benefits; tax base, that was assigned in the Senate to Appropriations and is set for hearing on March 30th at 9:00 am. We will update you on the status of these two bills as they continue to progress.

​​​One of the most valuable, and often overlooked functions of a chamber is being an advocate for the business community.  The Chamber works to represent the collective voice of the business community. Whether it's setting legislative goals, working with our lobbyist, sending out Action Alerts or keeping voters informed through our forums, the goal is ensuring an environment where business can prosper.

​
Regulations and taxes at all levels of Government stifle  entrepreneurship and free enterprise in America! 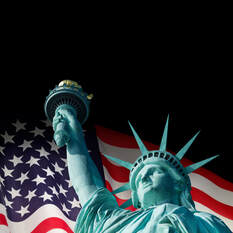 ​Though you might not find the time to attend our events or participate in programs, you can take comfort in knowing the Chamber is working diligently on behalf of your business.

SUPPORT YOUR CHAMBER WITH A CONTRIBUTION TODAY!
​The Chamber Promise reflects our fervently-held belief that  the health of the business community and the health of larger community in which it lives are inextricable. And our work – is central to  the success of the community as a whole.
Support our mission today! Membership is never required to support our advocacy work.   ​Click here to donate.
Surprise Regional Chamber